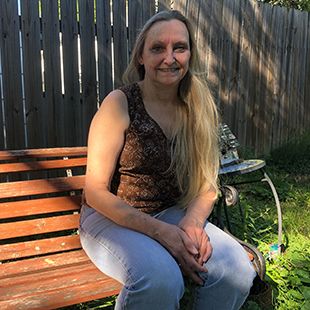 A longtime school teacher, Loree has experienced the toll felt by many struggling due to the COVID-19 pandemic. With prices for useful grocery store items much higher than they were a year ago, she needs to be even more cautions with her benefits from the SNAP program. While also caring for her 97-year-old mother, she finds unique ways to make it to the end of each month.

When Loree was a recently divorced mother of three, her young son asked for her definition of success.

Her answer: To go into any grocery store and buy anything she wanted without worrying about the cost.

“Right now, nobody can do that,” she says.

A year ago, the 60-year-old applied for SNAP benefits, also known as food stamps. At that time she could buy a pound of hamburger for $1.99. Now she spends about $2.99 for that same hamburger.

“What we used to be able to buy, we can’t afford anymore,” she says.

Loree used to be a teacher in St. Paul, Minnesota. She moved to the Fargo-Moorhead area several years ago and pieced together employment. Five years ago she cashed out her retirement so she could purchase a house. She wanted the stability.

“Nobody can take it away from me,” she says. “I don’t have to make a decision about whether I should pay rent or pay the utility bill.”

Today Loree helps to care for her 97-year-old mother who moved to a Fargo senior living community right before the COVID-19 pandemic. She donates plasma so she can pay her property taxes and utilities. She receives $192 a month in SNAP benefits.

“That’s enough for me, but costs keep going up,” she says.

She’s glad that she doesn’t drink milk – that frees up dollars for other staples. She buys hamburger plus frozen fruits and vegetables. Frozen produce isn’t as tasty as fresh, she says, but it’s cheaper.

“If people had more money, they could buy fresh,” she says.

Loree has been looking for work. She’s applied and interviewed for several jobs, but hasn’t received any offers yet.

“And yet hundreds of people make that choice every day,” she says. “Do you pay the rent? The cable bill? Groceries? I’ve been there. I understand.”