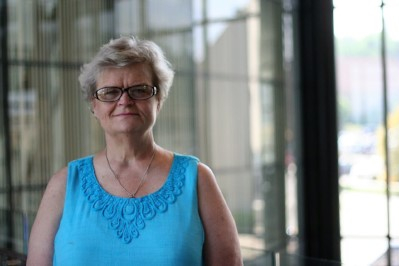 Unable to pay her rent, Jodi Smith found herself homeless and with few places to turn. A 61-year-old grandmother, Smith spent time living in her vehicle and stretched her SNAP benefits as far as they would go.

In September 2016, Jodi Smith started the lowest year of her life.

Divorced, homeless and depressed, she lived in her vehicle. Every night, she parked the GMC Envoy in a Fargo Walmart parking lot and taped newspapers to the windows for some semblance of privacy.

The 61-year-old moved out of a subsidized apartment because the heating costs were too expensive. Finding affordable permanent housing proved difficult, however, so she moved most of her belongings into storage and a family member’s garage. Personal items were stored in plastic bags and tossed in the back of her vehicle.

Family members offered Jodi a daily shower and a place to stay while she recovered from foot surgery, but nobody was in a position to offer her a permanent place to stay.

“It has been a year full of turmoil,” she says. “I have never in my life been this low.”

Jodi’s expenses – car insurance, gas, phone, medical bills – were mostly covered by disability payments from Social Security. There was little money left for food, so she applied for SNAP benefits. She was eligible for $6 a month. She initially received $194/month but currently receives $6 per month due to a repayment plan caused by an error made by the county social service office.

That $6 helped her buy a week’s worth of bread and lunch meat. Without easy access to a stove, these were foods she could safely keep in a cooler in the back of her vehicle.

“I’d also go to the food pantry, where I’d get canned goods and pasta,” she says. “But when you’re living out of your car, you can’t even warm up a can of soup.”

In addition, sleeping in the back of her vehicle worsened some of her physical ailments. She has been diagnosed with fibromyalgia and has had two knees replaced. She suffers chronic back pain from a car accident that killed her toddler son in the early 1980s.

In May, a friend living in Minot invited Jodi to move into her home while she looked for a job. Jodi doesn’t pay rent, but does help with household chores. In August, she started a part-time job at Walmart.

She is now trying to save money to pay for a deposit and first month’s rent on subsidized housing. Any food assistance she receives means she has more money at the end of the month to put toward that goal.

For the first time in months, things are looking up.

“For the past year, I’ve felt worthless and like I’m inconveniencing other people,” Jodi says. “I came here (to Minot) so I can start living again. SNAP benefits help with that.”