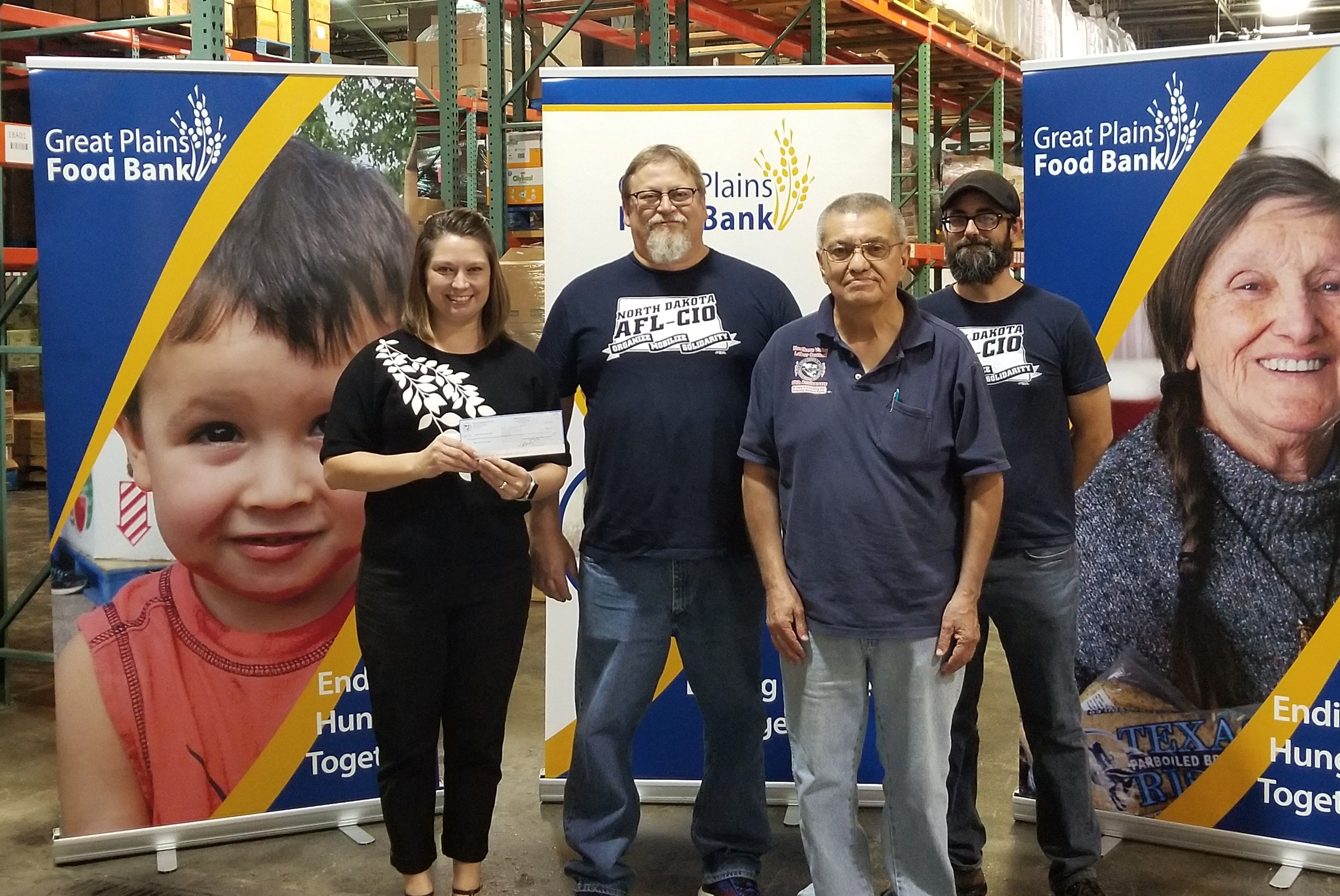 North Dakota AFL-CIO Silent Auction Raises Money and Awareness for Hunger Relief
FARGO, N.D. – Leaders from the North Dakota AFL-CIO (American Federation of Labor – Congress of Industrial Organizations) and the Northern Valley Labor Council, AFL-CIO delivered a donation of more than $5,500 to the Great Plains Food Bank Friday. The donation is enough to provide more than 16,500 meals to help feed children, seniors and families struggling with hunger across North Dakota and western Minnesota.

Over 100 union members from over 25 different affiliated unions joined together in Grand Forks, N.D., on June 6 and 7 for the two-day 60th annual Constitutional Convention of the North Dakota AFL-CIO. During the convention, union members raised funds for the Great Plains Food Bank by hosting a silent auction, with local unions and union members donating items such as shirts, hats, mugs and quilts.

“We have held this silent auction for three years now and each year we have at least doubled the amount we have raised. I’m proud our unions have such big hearts,” Northern Valley Labor Council Vice President Ralph Honda said.

“We greatly appreciate the consistent commitment from the North Dakota AFL-CIO to assist in the fight to end hunger,” Great Plains Food Bank President Melissa Sobolik said. “Their members truly answered the call and this donation is critical for us to continue supplying needed food assistance to more than 97,000 hungry individuals each year. We thank the North Dakota AFL-CIO and the Northern Valley Labor Council for their continued support.”